The Gertrude Kasle Gallery opened in Detroit in 1965, and operated for 11 years out of the Fisher Building. During that time, the eponymous founder made a name for herself as a channel for some of the leading contemporary artists of the day to make their way into and out of Detroit. 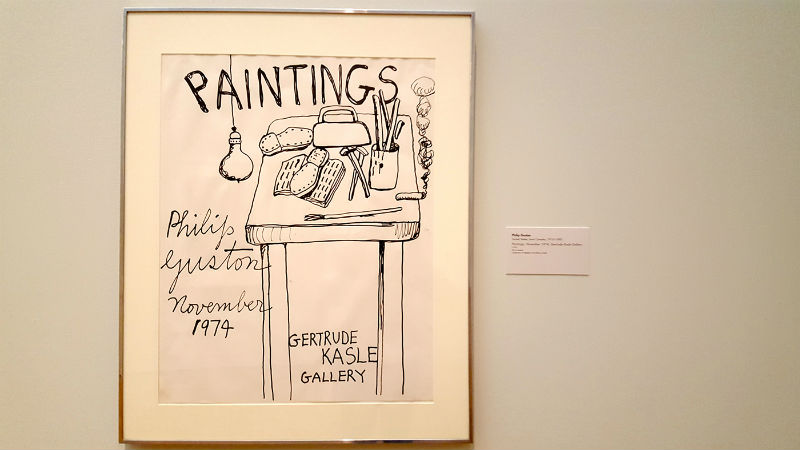 While artists deal in ideas and aesthetics, gallerists and curators are the people tasked with providing context, deep observation, and visual synthesis, and their success is ultimately seated in their sense of taste. Currently on display at the University of Michigan Museum of Art, Exercising the Eye: The Gertrude Kasle Collection reveals the strength of its donor’s vision. A collection often expresses more about the collector than about any individual artist within it, and Kasle’s collection is subtle, harmonious, complex, and celebratory. Kasle chose to surround herself with works that are deft, feminine, and at times, slyly domestic. While many of the artists she collected (and showed at her gallery) are recognized as part of the canon today, at the time, she showed tremendous vision in presenting work that broke with traditional ideas about art and its makers. 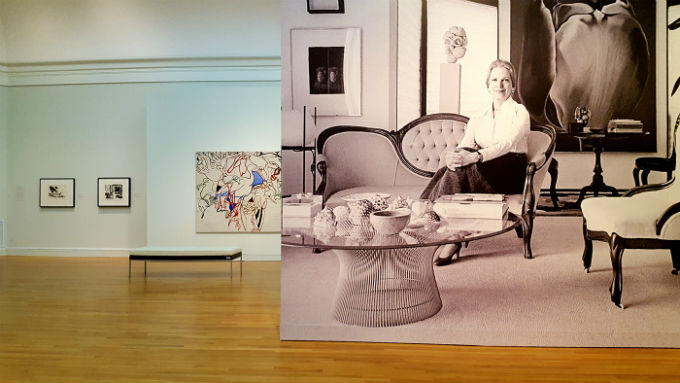 Included in the exhibition are a number of works by Michele Oka Doner, a Floridian transplant who rose to initial prominence during her 20 years in Detroit, including with a solo show at the Detroit Institute of Arts in 1978. Intermedia works by Doner in the Kasle collection provide a timely counterpoint to an exhibition of new work by Doner, Fluent in the Language of Dreams, currently on display at Eastern Market’s Wasserman Projects, which resumes the body of work first presented at the DIA four decades ago. The exhibition is wonderful evidence of Doner’s individuality and singular aesthetic, and reinforces Kasle’s efforts to bring this artist to a wider audience. 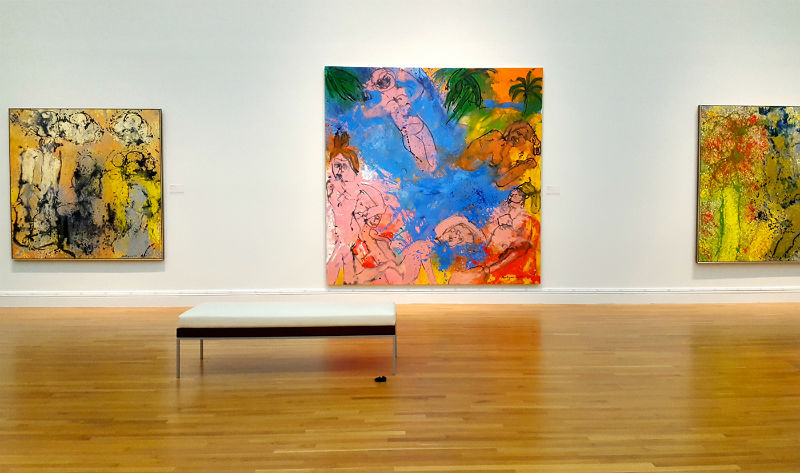 The art scene, and especially the market, has a tendency to devolve into a fame game, or give pride of position to the biggest names, but Kasle’s collection is presented with a kind of egalitarian grace that suggests its donor cared more about content than packaging. Though there are some blockbuster names from the Abstract Expressionist movement in particular among her collection—Robert Rauschenberg, Jane Hammond, Philip Guston, Grace Haritgan, and Jasper Johns, to name a few—their presentation is governed by aesthetics, not name recognition.

Though Kasle pursued art studies at a number of institutions—throughout her childhood in New York, as an undergraduate art major at New York University and the University of Michigan, before completing her degree at Wayne State University, she is quoted as saying: “my eye developed beyond my hand.” As the show at UMMA proves, some people’s truest art lies in the discovery, arrangement, and presentation of other artists, and the Kasle Collection demonstrates the power of curation at its finest.

Exercising the Eye: The Gertrude Kasle Collection is on view at the University of Michigan Museum of Art through July 22.