Play Ball! Opera Meets Baseball with Take Me Out to the Opera

Last year, the Michigan Opera Theatre knew it would present the opera The Summer King, the story of the Negro League baseball legend Josh Gibson, during their 2017-2018 season. The real dilemma, though, was how they were going to combine sports and arts together off the stage.

Enter the “Take Me Out to the Opera” initiative. 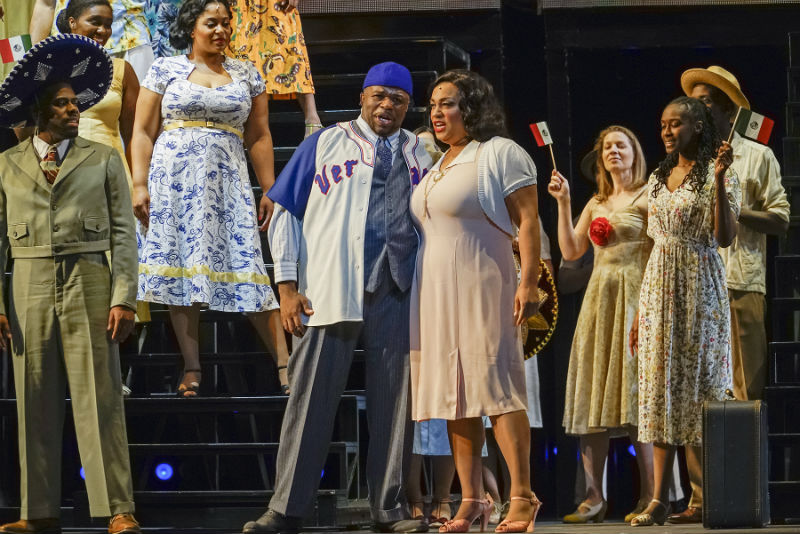 “We were digging into what are these two worlds, and what have they meant in the past and now?” said Andrea Scobie, MOT’s Manager of Education and Community Programs. “We really hit on one of the big, important commonalities, which was that these were two worlds where folks were allowed to shine.”

African Americans may not have been allowed on certain stages or inside certain venues during the time of Gibson’s career in the 1930s, but they found ways for their talents to be showcased. “Take Me Out to the Opera” celebrates those artists and athletes — like Gibson, Marian Anderson, and Florence Price — who paved the way for integration in their fields. 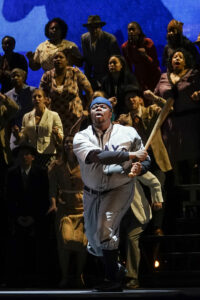 MOT wasn’t the only organization who thought telling this story was important. So did the John S. and James L. Knight Foundation, which awarded a $45,000 Knight Arts Challenge grant in order to bring this story to Detroit audiences.

The tale of The Summer King expands beyond the Detroit Opera House’s illustrious stage. There are also programs from many community partners, like the Detroit Tigers, the Charles H. Wright Museum of African American History, and Hamtramck Stadium, among others, who have united to tell the broader history and context of baseball, opera and politics of the era.

“This is a unique opportunity for us to come together and try to touch both audiences, and drive fans to both of our venues, and also drive awareness and educate,” said Ellen Zeringue, Vice President of Marketing for the Detroit Tigers. “It was kind of a three-prong success for the Tigers in that regard.”

“For me personally, as an African American woman in sports who is also an arts enthusiast, it’s been a very important moment for me,” Zeringue continued. “I’m very proud of the partnership.”

Programs throughout the year leading up to the opera’s debut have included concerts, lectures, film screenings, and panel discussions. There’s also the touring production at local schools of MOT’s “I, Too, Sing America,” which tells the stories of lesser-known personalities who helped pave the way for integration.

The project as a whole has not only been able to bridge the gap between sports and the arts, but also between MOT season ticket holders and those who have never set foot in the Detroit Opera House. It’s giving people, in particular children and young adults, exposure to a creative form they might not have ever considered attending.

“This is bridging the gap, what I call ‘seeding,’ putting seeds in the ground because you never know who may come to a program and be so inspired that they choose a different path,” said Charles Ezra Ferrell, Vice President of Public Programs at the Wright Museum. 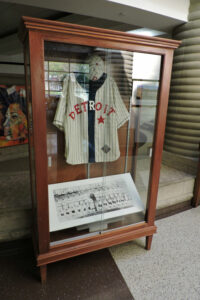 “His (Gibson’s) story is somewhat unknown,” Ferrell said. “As a history museum, we embrace those types of stories to get a broader knowledge about our history.”

Teaching the history of Gibson, and African American trailblazers like him, has been another giant element of the “Take Me Out to The Opera” initiative, especially for younger people.

“A great majority of the folks who have been impacted by this program are students,” Scobie said. “To be able to have a fuller understanding of history, and to be able to relate their own personal stories to these histories and see themselves in what’s come before them, I think that’s been really powerful.”

The Summer King, which MOT is co-producing with the Pittsburgh Opera, is also a powerful story to be told in Detroit, given its rich history of not only baseball but the Negro League. Scobie hopes this will teach people about Gibson and their own local history.

And show that the arts and sports make natural partners.

“Even though you may not think of these two worlds as being interchangeable or having much to do with one another, these are really places where the community comes together,” she said. “And where people with differences can cheer on the same side. Being able to bring that to light is really rewarding.”