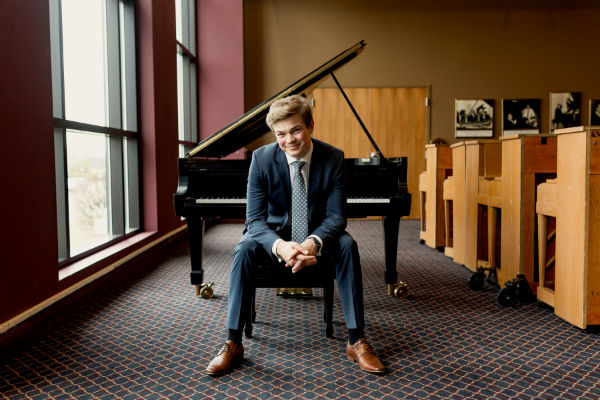 Ivan Moshchuk likes to be uncomfortable.

Not in a physical sense, but when it comes to performing, the pianist likes to push himself—and his audience—outside of their comfort zone. UndergrounD, July 27th at the Dequindre Cut does just that, expanding what many are used to when it comes to “traditional” classical music.

“I think the audience wants risk,” said Moshchuk, who is 27. “They want to experience that unexpected magic that might or might not happen.”

Finding that unexpected magic is what the Detroit Chamber Winds & Strings’ Structurally Sound series is all about. UndergrounD is the final performance of Structurally Sound’s sixth season, which has presented performances outside of the conference hall, and instead in architecturally significant spaces like the Guardian Building and the Masonic Temple.

“We wanted to challenge our artists programmatically and artistically to come up with themes and programs that really excite them and are out of the ordinary,” said Anne Ruffley, Institutional Giving Officer for DCWS and ArtOps, about Structurally Sound.

UndergrounD will definitely be out of the ordinary. 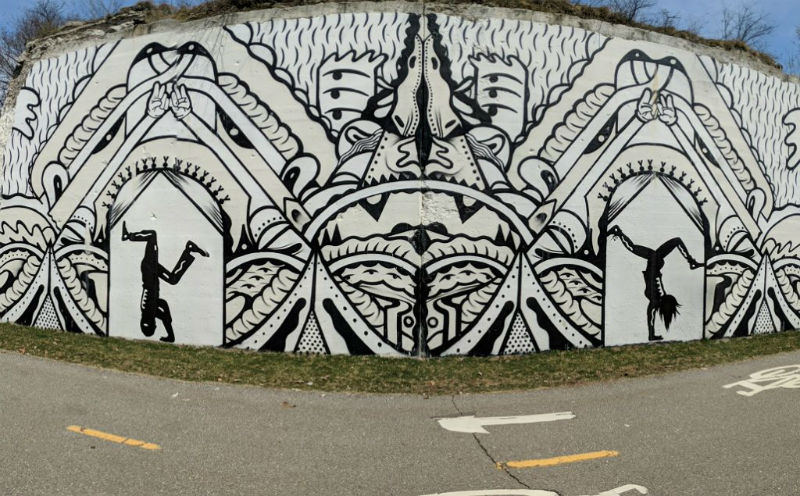 First off, it’s outside, where Moshchuk has never performed, and a setting DCWS rarely performs in. Second, Moshchuk won’t be the only featured player. Ashley McFadden and Traeron Vawters—two local graffiti artists—will be creating art pieces on blank canvases while the Grosse Pointe native plays classical music.

When selecting music for the program — including pieces from Mozart, Beethoven and Chopin—Moshchuk was mindful to select longer pieces. He knows very few would be able to execute a piece of art in only a few minutes.

The essential idea for UndergrounD is to have a live dialogue between the musician and muralist throughout the show.

“In art, I think a discipline is only a means to expressing yourself, and when multiple people can come together and express themselves simultaneously and potentially have a conversation on that wavelength it can be really powerful,” Moshchuk said.

Plus, visual artists usually aren’t too picky about the songs playing. Moshchuk said they just want to have something so they can draw in the moment, which he loves.

This will also be the second signature event for Detroit Passport to the Arts this season following their successful Hollywood in Detroit program, which is an ArtOps program that caters to audiences who are 45 and under. (They have plans to bump it up to three signature events for the 2018-2019 season.) Tickets through DP2A also include an afterglow at the historic Hunt Street Station, with food, drinks, and the chance to create your own graffiti art.

Between DP2A, Structurally Sound, and the concert’s concept, the audience at UndergrounD is guaranteed to be varied.

“It’s like this mash-up,” Ruffley said. “These artistic forces bring all these people together.”

But that’s part of the appeal for Moshchuk. He’s always valued taking some risks at a performance.

“I like to think things will turn out well,” he said. “At the end of the day, something interesting will happen.”

Before guests even arrive at the performance they will have something interesting to take in: the Dequindre Cut.

“We’re utilizing a space that is unique in itself,” Ruffley said. “The Dequindre Cut is filled with graffiti art all over the walls as you walk it.”

Once they do arrive at the performance space—the Campbell Terrace Shell — Ruffley noted it will be a rather relaxed environment. The idea is to have a rolling format, so there will be chairs set up but it won’t be formal rows of them like in a traditional concert setting.

Getting rid of some of that formality is what makes a series like Structurally Sound and DP2A work so well. It tells people that classical concert isn’t all black-tie, formal events. Concerts can happen outside, surrounded by graffiti.

It can even happen with people walking around the venue.

During our interview, the layout of the concert weren’t fully finalized, but Ruffley said they had plans to allow guests to get up and look at the artwork being created during the concert.

“Most of our patrons love the music, they support it, and they sort of know what to expect,” Ruffley said. “In this case its like what can we do that’s sort of unexpected, but also rewarding for people that’s different.”

This is also the kind of performance that’s rewarding for musicians.

“I think we should be mindful that not all concerts should or have to be 100 percent serious,”  Moshchuk said. “Maybe we can give ourselves a little room for exploration and experimentation than we currently allow ourselves.”