Ooh lá lá! Everything’s coming up French Festival this month at Orchestra Hall (and The Cube) as the Detroit Symphony Orchestra kicks off almost three weeks of magnifique programming that will celebrate Gallic art, music and culture.

The DSO’s French Festival, running February 6-25, marks a thematic expansion of the organization’s previous winter events, which have, for the past four years, been focused on a single composer each year (Beethoven, Tchaikovsky, Brahms, and Mozart).

“I decided I wanted to do a country this year, and one that is not so well known for its symphonic repertoire,” DSO music director and conductor Leonard Slatkin said in a past interview. “The French didn’t write so many symphonies. For the most part, they wrote other kinds of music.”

But Slatkin knows from French classical music, having formerly worked as music director of the Orchestre National de Lyon for six seasons. And the esteemed conductor will take the podium for six different French Festival events: a concert showcasing the music of Maurice Ravel (February 8-9, with Jean-Efflam Bavouzet, piano) and another featuring Camille Saint-Saëns (February 10-11, with George Li, piano); a show titled “An American in Paris,” which will not only include George Gershwin’s seminal work, but also what could be viewed as its inverse, Darius Milhaud’s “A Frenchman in New York” (February 16, with Michelle and Christina Naughton, piano); “Carnival of the Animals,” which highlights Paul Dukas’ “The Sorcerer’s Apprentice” and more (Februrary 17-18, with Michelle and Christina Naughton, piano); Hector Berlioz’s “Symphonie Fantastique” (February 23-24, with Renaud Capuçon, violin); and Claude Debussy’s “Le Mer & Faun” (February 22-23, with Renaud Capuçon, violin). 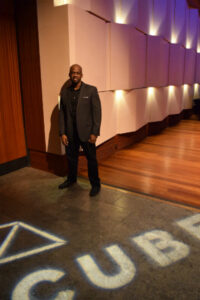 These Orchestra Hall concerts are far from the only things on offer during the DSO’s French Festival, however. Chris Harrington oversees programming for the DSO’s alternative performance space, The Cube, which focuses on hosting events that are “relevant and accessible at a price point that’s affordable.”

“Once I caught wind that this time we’d be presenting a French Festival, instead of focusing on one composer … for me, it was like being handed a blank canvas, where we could program events in The Cube that would celebrate as many facets of French music and culture as we possibly could, and do it in a really meaningful way. … I was super excited to take a more broad approach.”

A few of the planned French Festival events at the Cube are: a yoga class (fittingly called Om @ Le Max) that will be accompanied by a quartet of DSO musicians playing work by French composers on February 11; a Valentine’s Day cabaret with vocalist Cyrille Aimée; a concert featuring Julien Labro on accordion and bandoneon (February 15); two film events (February 16-17)—one free screening of 1920s silent French films, with live music accompaniment, and a free screening of the movie Round Midnight, about the jazz scene in 1950s Paris; a wine and music Tour de France party, led by sommelier and music expert Ron Merlino (February 21); and a performance by sister vocal duo Les Nubians (February 24).

Often, French Festival Cube events are scheduled on a day and time when patrons may also take in a concert in Orchestra Hall. For instance, a free Saturday Night Soirée on February 10 happens after the DSO’s Organ Symphony concert; and the silent French films program is a late-night event that patrons could attend following the evening “An American in Paris” concert.

“One thing we’re trying to accomplish with our programming in The Cube is that, while you’re here for the festival, you have the opportunity to be immersed in all kinds of music and activities and different events,” notes Harrington.

But tickets for some of these events are going fast, including the Valentine’s cabaret show with jazz singer Aimée. “All the stars aligned for that one,” said Harrington, a jazz fan who’s always looking to introduce up-and-coming talent to Detroit audiences. “And Paris is one of those cities that really embraced the jazz tradition, this American artform, after African-American soldiers brought it to the city during World War I. … So there’s this mutual respect.”

The yoga event is another that’s likely to sell out, as is the wine tasting, which will not only offer up rare French wines from the composers’ places of origin, but live music, crepes, and some other surprises on site. “It’s going to be an all-around fantastic evening,” said Harrington. 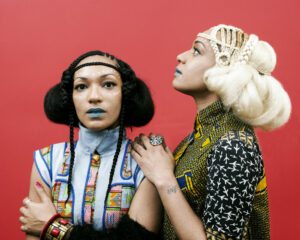 To wrap things up at the Cube, Les Nubians will perform their distinctive “Afropean urban funk.” “In programming this festival, we’re trying to put on something unique every evening, and (Les Nubians) will really round out the festival experience,” said Harrington. “One thing that’s really beautiful about a festival like this is that it exposes you to artists, or to kinds of music, that you probably wouldn’t try out on your own.”

Exactement – so make sure to check out the DSO’s website for a complete rundown of French Festival events. Bon voyage!

All photos courtesy of the Detroit Symphony Orchestra.